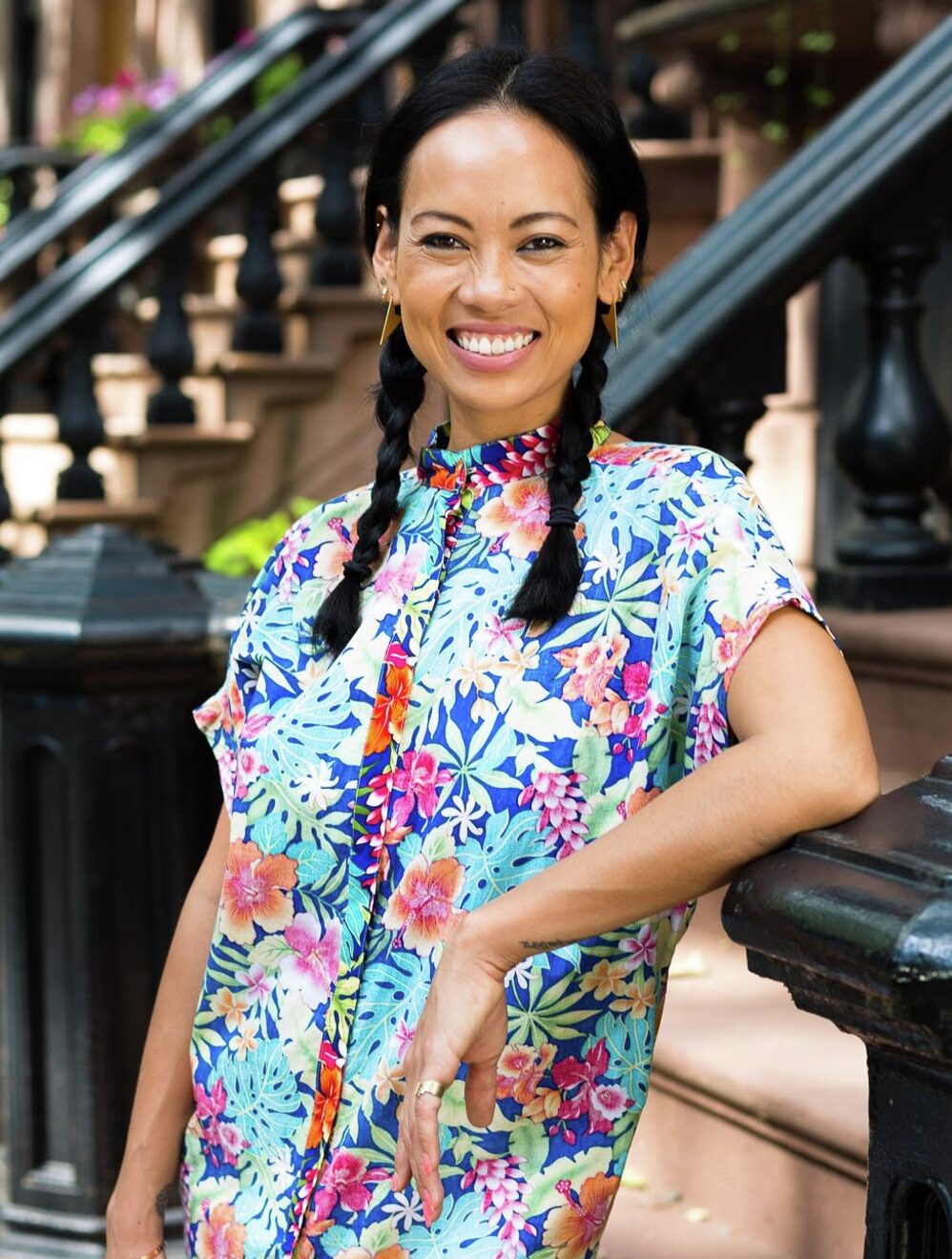 In 2008 she competed at the Miss Universe pageant in Vietnam for her native Trinidad and Tobago, during which she had the opportunity to design some of her wardrobe. In 2009 she launched her first collection Pilar, named after her younger brother. Several years later, Anya inspired millions when she won the 9th season of the popular US television series, Project Runway. She then launched her eponymous womenswear line geared toward the resort wear market.

In recent years Anya retreated from designing her own clothing line in order to open and manage a co-working space (HOME), boutique (Exhibit A) and cafe (HOME Cafe) in Trinidad. The Anya Ayoung Chee – Limited Edition brand, marks her return to designing a line of her own.